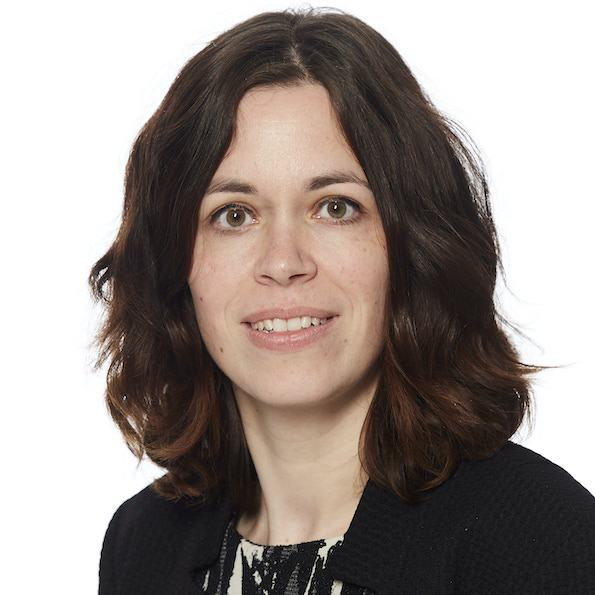 In this episode of VAT Talks we discuss VAT with Madeleine Merkx. Madeleine is Partner at the tax research center of BDO and Professor of Indirect Taxes at the Erasmus University of Rotterdam. Learn why Madeleine fell in love with VAT at first sight, what she thinks about (real-time) invoice reporting and why tax experts and technology experts should exchange knowledge more often.

For how long have you been working in VAT and how did you end up in this field of work?

“I have worked in VAT since November 2004, so for over 15 years. Immediately after I started the first course about VAT at the University of Tilburg, I knew ‘this is my thing’. [laughing] It was love at first sight! However, I was still not 100% sure if it was just as fun in practice as it was in university. So I decided to try it out, started working with Deloitte and indeed VAT was a lot of fun. Thus, directly after graduating in 2004, I started in VAT and now it is 2020. So you could say, besides enjoying my spare time, I have done nothing else.”

On our blog, and in different episodes of VAT Talks, we often discuss VAT fraud. Each year many billions of euros disappear because of this fraud. Therefore, there is a growing interest in tackling this problem throughout the EU. What is the most important recent development/measure in this regard?

“There are different measures taken by individual Member States on the one hand and by the European Commission on the other. Whereas the Commission clearly communicates ‘we have to change the system’, some Member States are mainly focusing on fraud detection. An example is the Netherlands. Think of the collaboration with summitto, and also the introduction of the Transaction Network Analysis (TNA). Other countries are implementing measures such as SAF-T and real-time reporting that enable Member States to detect fraud in a very early stage.”

“Instead, the Commission is focusing on fraud prevention by changing the system. Both approaches can coexist of course, but I think that Member States feel like ‘that’s all very well and good, but if we can find a solution within the current system why is a new definitive system[1] needed?’ Furthermore, in the current proposal for a definitive system fraud is still possible as long as Member States have the freedom of choosing their own VAT rates. However, the Commission cannot just let go of the definitive system, so I expect the discussion will continue on. The fact that they organised the VAT in the Digital Age conference shows that they are investigating how technology can help fight VAT fraud. On the other hand at the conference it was also stated that the technology still has to prove itself and is a thing for the (long term) future. So I feel we have a long road ahead of us before the EU actually starts looking at a technological solution for the current system. I do think technology is the better option compared to the definitive system.”

Although billions are lost on an annual basis, and there is currently more political attention for the VAT problem, this has not always been the case. Why?

“It may very well be that the economic crisis had something to do with it. Besides, at some point the VAT Gap reports were published and the OECD was also publishing articles and reports about it. From that moment on, countries were investigating possibilities to change the VAT system and guarantee tax revenue. The general trend was that countries realised that tax revenue is essential to cope with the crisis, while at the same time they saw all this money dripping away. If then such a VAT Gap report is published and you read that your country is lagging behind compared to the other countries analysed, you immediately want to take action. I think this happened with Poland and Spain for example, those are the countries that decided to use SAF-T and/or implement real-time invoice reporting. This might be the reason that tackling VAT fraud ended up higher on the political agenda in those countries, than in the Netherlands for example. Of course, it also is on the agenda in the Netherlands, although that’s not made too that obvious.”

The current economic crisis resulted in some countries lowering their VAT rate (e.g. Germany), while others increased it (Saudi Arabia). What do you think about these developments?

“An important question to ask here is how such a measure is implemented. I can imagine that Saudi Arabia wants to generate more government revenue and if you have more revenue you can directly invest in those sectors that are hit the hardest by the crisis. In this way, you know exactly where the money is going. The other option is to lower the rate, but the question is, will this actually result in an increased consumption? Businesses could also think, I’m keeping the same prices as before the VAT rate cut and pocket the difference. Whether this will happen in Germany depends on a lot of variables, such as supply and demand, price elasticity of demand etc. but it is very hard for me to assess what is the best option as I’m not an economist and there is not a consensus in the scientific literature either.”

“So also after this rate cut, research needs to be conducted to see if the cut actually affects the actions of consumers. And I see this discussion coming up in the Netherlands regarding applying a 0% rate to mouth masks, as some people already argue ‘some of those mouth masks did not become cheaper’. Therefore, it might be possible that a more direct investment, possibly by increasing the VAT rate, has more effect than a VAT rate cut.”

As you know confidentiality is very important to us. Do you think this aspect is sufficiently included in the discussions about finding a solution for VAT fraud?

“I think this is still very much a background discussion. Recently the Dutch Tax Authority published Building blocks for a better tax system and in the section about the sharing economy, which is not related to this discussion but something I’m currently working on, when privacy and confidentiality is discussed it is mentioned in passing that we should also take privacy into account. So, while everyone is aware of it, there are not too many words on how to actually deal with it. I think it is important to increase the attention to this topic.”

Do you think that this is also related to the fact that expertise of taxation and technology is not too often combined?

“Most people that I work with have a background in VAT. You should actually set up a multidisciplinary team, where someone can also think from a tech perspective, while at the same time a privacy/confidentiality expert can also provide insights from their point of view. I think tax experts can also make the step themselves regarding privacy/confidentiality legislation, although this may be harder for someone without a technological background. In other words, taxation and technology are different topics but go hand in hand and I think we need lawyers that are interested in technology and the other way around, but we also need privacy experts and even fundamental human rights lawyers. And, as I said before, people are aware of it, but not much is happening yet.”

In a previous article you wrote with Naomie Verbaan ‘Technology: A Key to Solve VAT Fraud?’ you discuss real-time reporting. What do you think about these systems?

“I think it definitely has benefits, if you could process all the data that is coming in. However, I did not see any proof of this yet and it is something I often wonder about. Many tax authorities, but also other governmental bodies, currently ask for a lot of data. They often argue ‘we need this data in order to solve this and to solve that.’ That makes me think, ‘sure, but if you have that data what are you planning to do with it?’ With reporting systems, such as in Spain and Hungary, you could potentially use the invoice data to detect a mismatch between the invoice that is not reported and the refund that is requested. So, you can achieve a lot with this data to detect fraud at an early stage. Furthermore, if the taxpayer knows the tax authority is actually analysing the data as described above, fraudsters might think twice before committing fraud. In this way, real-time reporting could result in benefits for society.”

“Still, it is unclear to me if this analysis is actually happening. Countries that introduced such systems, did communicate ‘my VAT gap decreased’, which could be proof that the system works, but I cannot see whether this decrease is because of the real-time reporting or because of other measures. That data is not made available to my knowledge. This is not very transparent, which I partly understand because you do not want to inform fraudsters about how you are catching them, but it might help to occasionally show that you actually caught a fraudster by using the system. At the same time this tells the taxpayer that the data you ask them to share is actually used to catch fraudsters. And this aspect is still missing I think.”

“The point is that honest taxpayers are probably okay with providing data, as long as they know their data will not be exposed. As long as it is secured, and as long as it contributes to combating fraud because those things are also beneficial for their own business. So I think businesses would be very much willing to do this, but right now they just don’t know if it is resulting in anything.”

If you could give the European Commission one piece of advice regarding combating VAT fraud, what would it be?

“Let go of that definitive VAT system! Because that is not going to work. Instead, investigate the possibilities of [fraud]\ prevention using technology. For now, you could focus on detection, what is already happening of course, and then in the future you can look at how you arrange that a fraudster never gets hold of the money in the first place. I’m not a fan of Generalised Reverse Charge either, because that would mean that the fraud is moved down the value chain. So my advice would be, forget about the definitive system for now, focus on detection and for the future think about how to prevent fraud by using technology.”

Lastly, how would you enthuse people for VAT?

“What I always say to students that need to pick between direct- and indirect taxes is that what I really like about VAT is that you are working with the products and services of businesses and experience what the business owners are dealing with. Once I had a client that made the ink that is used to print the M on M&M’s, that was super interesting! What I like is that you get to speak with a wide variety of people about their businesses and their passion. So, if you already like taxation, I think you should definitely investigate VAT further. [laughing] To enthuse people for taxation in general is a little bit harder I guess… But for people interested in taxation, it is a field of work that is always moving and there is always work to do, so maybe if you are looking for a job, VAT might be the right subject to focus on ;)

We would like to thank Madeleine again for her time and for giving her perspective on VAT. If you have any questions, suggestions or if you want to be our next interviewee, do not hesitate to contact us via info@summitto.com